Toward a United Nations Declaration: The International Year of Glass 2022

The International Commission on Glass (ICG), along with the Community of Glass Associations (CGA) and ICOM-Glass are promoting a United Nations International Year of Glass for 2022. It will underline the technological, scientific and economic importance of glass — that transparent and enabling material underpinning so many of our technologies and which can facilitate the development of more just and sustainable societies to meet the challenges of globalization. It is also an important medium for art and its history is shared with that of humankind.

What follows is based on a document sent to the UN summarising our case as part of a formal application which is due to be reviewed in December 2020. It is split into the following sections:

The main documents submitted to the UN can be downloaded by clicking the ‘Press release’ button. A video has also been published on UTube as part of the formal submission. This highly inspirational video has received well over a 1000 views on its first day. A final decision from the UN is expected by 15th December and the result once known will be circulated to everyone on our mailing list. If you have not received our recent email on the video release please check your scam box. 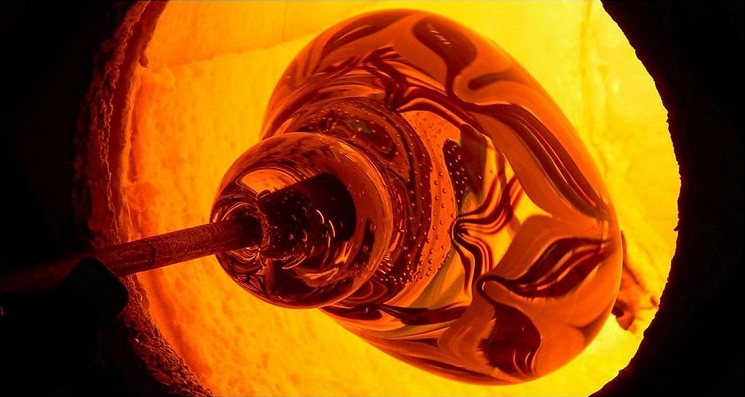 With its unparalleled versatility and technical capabilities, glass in its many guises has fostered innumerable cultural and scientific advancements:

Glass is the main conduit of our knowledge-based society. Glass optical fibers have led to a global communications revolution; they are the backbone of the internet. Glassmakers have given us touch-sensitive covers for our mobile phones, revolutionizing the way we communicate.
Glass is the chemically resistant container material for many of today’s life-saving medicines and is playing its part in the world’s quest to deliver a vaccine to fight the COVID-19 pandemic. Strengthened glass containers have dramatically improved the reliability of the EpiPen treatment of life-threatening anaphylactic shock from severe allergic reactions.
Bioglass compositions have advanced health care with their ability to: integrate with human bone; stimulate the human body’s natural defense to heal flesh wounds; aid tissue design and regeneration; and resolve hearing and dental issues.
Glass sheets support solar cells and give clean energy; glass fibers reduce our carbon footprint by strengthening wind turbine blades, by insulating our homes and through carbon capture and sequestration (CCS); the vitrification of hazardous waste is making nuclear energy safer.
The evolution of glass optics and optoelectronics mean that the James Webb space telescope can study the first moments after the big bang and expand understanding of the Universe.
Glass melting is being de-carbonised and glassy products are being safely recycled.
Archaeologists are learning more about ancient trade routes and the politics of raw materials.
Glass artists across the globe have given humankind an awareness of this wonderful material including its remarkable methods of fabrication, inherent beauty, and ability to capture and display nature’s full spectrum of color. 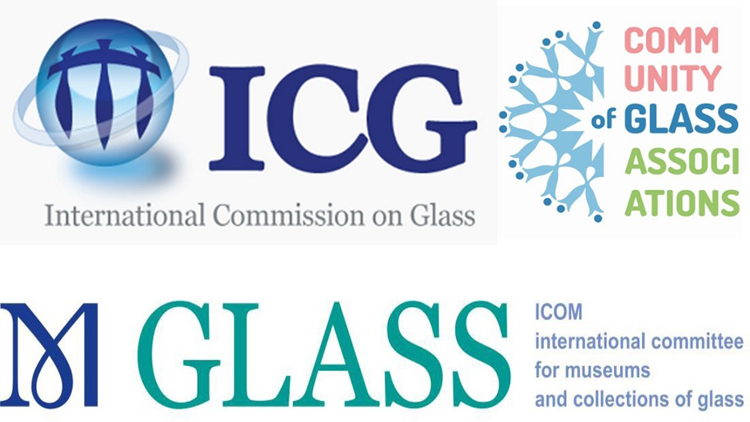 Our vision of a United Nations International Year of Glass (IYoG2022) is to celebrate the past, present, and future of this transformative material following the United Nations’ goals in Agenda 2030.
Specifically to:

Demonstrate the role of glass in advancing civilization throughout recorded history.
Organize international glass science and art festivals, with workshops to excite and inform the public of this rich history, and highlight links between glass, art and culture.
Stimulate research on glass amongst organizations in education, industry, research and the public domain, including museums, to address the great challenges the world faces: achieving sustainable and equitable growth, and improving the quality of life everywhere.
Build worldwide alliances focused on science and engineering for young people, while addressing gender balance and the needs of developing countries/emerging economies.

2) Planning
Extensive planning is now underway to make possible a UN Year of Glass in 2022. We have contacted art and scientific glass-themed societies; glassmakers, fabricators and suppliers; academia, R&D centers and museums, both to share the concept and to ask for formal endorsement. Our initial aim is a successful resolution at the UN General Assembly in December 2020.

We have also arrived at an agreement with UNESCO and the International Year of Basic Science for Sustainable Development (IYBSSD) to work together for our projects to be approved in the same General Assembly of UN.

Although we are facing the COVID19 pandemic across the planet, we continue working for IYOG2022, expanding our boundaries to ensure glass players everywhere can join us.

An international program of events is already planned, including:

Many more activities are also proposed:

More than 1100 endorsements from 74 countries have been received. Support from institutions, museums and companies in Africa, the Middle ast and ASEAN regions is still arriving and very welcome; all contacts will be followed up and will help us with our programme planning. The following tables and pi charts show the range of institutions and countries backing the IYOG 2022 initiative to date (17th November 2020).

The origins of the project

When David Pye (ICG past president) learned in 2014 that the UN General Assembly would declare 2015 an International Year of Light and Light-Based Technologies he arranged for the International Journal of Applied Glass Science to showcase “Glass and Light”. An article proclaiming that society had entered the Age of Glass followed in 2016. Concurrently, lectures by Manoj Choudhary, then ICG President, and David to international audiences explored the theme that glass science, engineering and art were entering new and profound chapters in their histories.

David next floated the concept of an International Year of Glass (IYOG) with Charlie Craig, Senior Vice President, Science and Technology, Corning Inc. He was strongly supportive and was joined soon after by Manoj Choudhary, who with David tabled a motion at an ICG Council meeting in Japan:

“The International Commission on Glass, representing organizations and individuals throughout the world dedicated to the promotion of science, technology, artistry, and application of glass enthusiastically endorses the exploration of a future declaration of a Year of Glass by the United Nations.”

Following its positive reception, David presented the concept to the American Ceramic Society Board (ACerS) and the Corning Museum of Glass (CMoG). Both embraced the idea and Steve Gibbs, a senior administrator at CMoG, played a pivotal role in advancing IYoG 2022 to the international art community. The die was cast.

Over millennia, our glass community has adapted to and supported Society’s needs. Just how transformational glass in its many guises has been is often missed. Its story deserves wider telling. Buoyed by a groundswell of enthusiasm ICG’s current President, Alicia Durán, took up the baton to become Chair of an International Steering Committee for the proposed IYOG.

A UN badged International Year requires a United Nations Resolution. Our application promotes glass, its past and future potential; it shows how the glass community is supporting UN developmental goals (2030 agenda): responsible production and sustainability; innovation and infrastructure; affordable and clean energy; climate action; unpolluted water and oceans; sanitation, health and well-being; education and gender equality. A presentation for the next UN General Assembly meeting is almost complete. The Spanish ambassador has agreed to sponsor the Resolution, offering China the opportunity to co-sponsor the initiative. The next President of the UN General Assembly, the Turkish diplomat Volkan Bozkir, knows of the proposal and strongly supports it, appreciating its widespread backing within the Glass Community.

As an important preliminary, UNESCO, the science arm of the UN, has been approached. This uncovered planning for a 2022 International Year of Basic Sciences for Sustainable Development (IYBSSD) and an International Year of Mineralogy. While ‘competition’ was the first reaction, collaboration and mutual support were agreed as the way forward and UNESCO encouraged this. UNESCO also stressed protocol to ensure global benefits, through inclusivity and the UN 2030 developmental goals.

But then COVID-19 reared its head, slowing progress. The anticipated UN General Assembly in April was postponed. The world of glass remains on hold but manufacturers, suppliers, users, teachers, artists and museum curators are poised for action once approval is given.

From the start was a realisation that such celebrations could not be organised solely by one body; local communities had to be harnessed for local activities. An amazing 950 letters from 68 countries endorsing the concept and offering enthusiastic support have been received. The Corning Museum of Glass, the Glass Art Society, the International Committee of Museums, along with the Community of Glass Associations promoted by VITRUM and the Italian Government, have joined with many national Glass Societies to help. New partners are still welcome, particularly from under-represented areas such as Africa, the Middle East and the Balkans. Any readers wishing to join our circulation list should email: manager@iyog2022.org and visit our web site (www.iyog200.org).

The use of glass in architecture dates to Roman times, containers have an even earlier history in Egypt and Mesopotamia (now Syria and Iraq) and glass beads were widespread throughout the Middle East, India and China, being traded internationally trade from the Bronze Age. The development of modern science has been based on glass artefacts from the large scale (astronomy) to the small scale (biology); from simple lamps to the lenses for lighthouses; in communications and electronics ranging from the first valves to optical fibres.

Now in a world constrained by a variety of environmental pressures, glass is one of the most recyclable materials; it has a variety of roles in reducing greenhouse gas emissions such as energy saving coatings, double/triple glazing and solar cells, it is made from widely available materials and is contributing to major improvements in our health.

Convinced that glass is worthy of celebration?

Well many organisations throughout the world have been and a case has been prepared for submission to the United Nations. Letters of support are being collected. We have more than 1100 endorsements from 74 countries and more are most welcome particularly from African, Middle Eastern ASEAN and Balkan countries. The closing date for submission has been pushed back from our original deadline because of the Corona Virus pandemic. We currently expect a UN vote in December and then a major exercise will follow to build on the international programme already in place and develop national programmes around local programmes which inform and educate communities everywhere on the rich history that glass has and its enormous potential in energy saving, health, a circular economy, culture and art.
We are currently developing our communications channels. News has begun to appear on our ‘Press Release’ page and we will also start to generate Facebook, Twitter and other social media feeds. The aim is to inform 9 billion people of the value of glass as an artefact and to give them a fuller understanding of its rich history, its manufacture, its many applications, its importance in energy saving and its recyclability.
This ambitious programme will if successful require your help (administrative support, circulation of publicity, funding). It will also provide you with possibilities for expanding your profile and extending your international links. Industry, Academia, Colleges, Schools, Research Associations, Museums and Art Schools are all valuable partners. 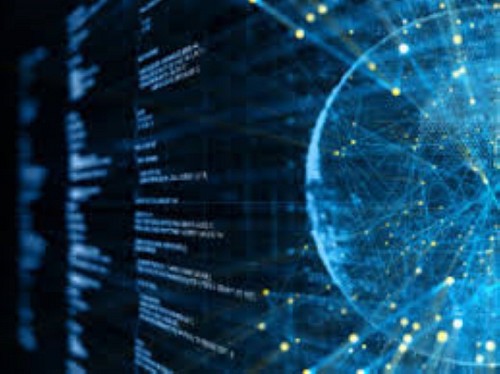 To register your interest and to be kept informed please click here and complete our brief registration form.

We look forward to your participation in a multifaceted event which will successfully encompass a truly international audience and empower a bright future for GLASS.